In the end - Linkin Park

Linkin Park is an American rock band from Agoura Hills, California. Formed in 1996, the band rose to international fame with their debut album Hybrid Theory

Both Hybrid Theory and Meteora combine the alternative metal, nu metal, and rap rock sound with influences and elements from hip hop, alternative rock, and electronica, utilizing programming and synthesizers. William Ruhlmann from Allmusic regarded it as "a Johnny-come-lately to an already overdone musical style," whereas Rolling Stone described their song "Breaking the Habit" as "risky, beautiful art". 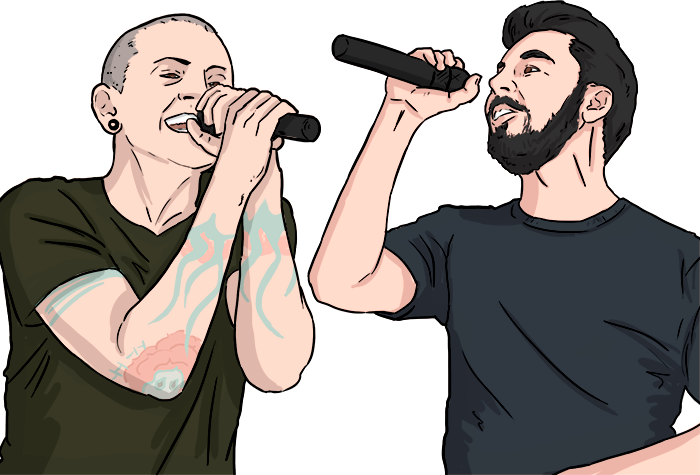 At the end: Something that is finishing. Ex: At the end of the day I usually relax by watching. TV.
In the end: the final result of some action or situation, finally. Ex: I didn’t know what to do so in the end I asked for advice.